Did you know the Statue of Liberty was already Crowdfunded? More than 160.000 people helped funding the iconic New York landmark in 1885. Crowdfunding now works almost the same, but now everyone can start a Campaign and reach out to Millions of people around the world, looking for support.

Many different kinds of Crowdfunding styles and platforms developed in the 2000s, finding ways of supporting new technology, movies, games or music. For every situation there is a fitting style of Crowdfunding, so here is an overview of the most popular ones:

As we're working on our own full Crowdfunding feature, we want to know from you:

Thanks for reading and a great weekend, wishes Inicat! :)

It's been some time you last heard from the cats!

Behind the scenes we're working hard, to build new features for inicat.com.

Some of which are digital distribution for artists and an implemented crowd funding feature on our Website!

Inicat as a distributor will allow Artists to release their music in several online stores and music streaming portals including Spotify, Apple Music and Deezer. For a monthly Fee Inicat.com will Distribute your Song, Album or EP to the platforms you desire to be on.

Your band wants to record a new album, but you don't have the money for equipment, a recording room and a producer? You will soon be able to crowdfund your project on Inicat.comNew ways of Crowdfunding promotion with our special social media feature and blog support, will open your way for creating new music.

Aside from the support features that are available at the moment, this will lead the way for Artists to get direct support from your fans.

We hope you all enjoy the new features coming soon!

And also don't forget to support us on social media for the latest news and music!

We from Inicat are always looking for new ways of publishing music and presenting our Platform. There is a lot in the Pipeline for 2019, with new concepts and ideas to get more support for our Artists.

First of, we will be starting new Inicat Sessions soon! We are having a lot of fresh Ideas that we will mix with the Concept. We're looking for spaces in Berlin right now where we can record Video and Audio, with a cool looking scenery fitting to our Artists. So stay on the look out for Announcements soon or contact the Inicat Team, if you're interested in being part of the Inicat Sessions!

Second, we are trying to have more output and interactions on social media. This week we created an instagram account where we will share Music, Videos and News to keep you updated aside from Facebook and Inicat.com. So check out our new Account and maybe leave some likes or a follow to support us! 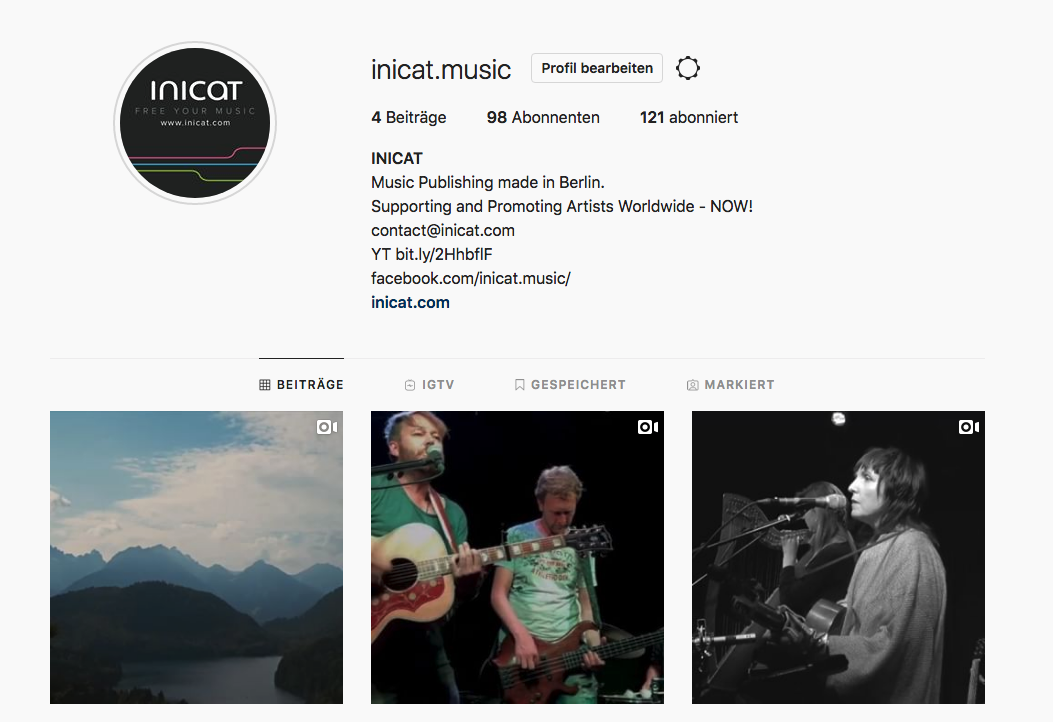 Lastly we're working on a new Campaign with stickers and Flyers around Berlin so keep your eyes open for those!

With love the Inicat Team! <3

In her song "Ich bin ein Hippie", Maike talks about being a hippie. The term 'hippie' has often been used with a negative connotation to describe others as being deluded or naive. Maike shows that being a 'hippie' can give a different perspective on one's life in regard to competitive thinking, the compulsion to work hard and the importance of money.